Brenda Barrie joined The House as a Company Member in 2013. She has twice played the role of Martha in The Nutcracker (2012, 2013) and played the role of Olympia, Lady of the Grass in The Crownless King. As a member of AEA and SAG-AFTRA, Brenda's work can be seen and heard in theatre, film, commercials, industrials, voiceovers and video games. She has worked with many of Chicago’s biggest Equity Houses and smaller storefront companies, including Chicago Shakespeare Theater, Steppenwolf, Route 66 Theatre, BackStage Theatre Company, The Gift Theatre, Lifeline, Profiles, Metropolis Performing Arts Centre, Silk Road Rising, and has participated in readings and workshops at Chicago Dramatists, American Theatre Company and Lookingglass. She performed the motion capture for Wonder Woman and Cat Woman (to fellow Company Member Chris Mathews’s Batman) in the video games Injustice: Gods Among Us and MK vs. DC Universe, as well as Kitana and Jade in Mortal Kombat with NetherRealm Studios/Warner Bros.

Brenda is also a member with Erasing the Distance (ETD), a non-profit arts organization that uses performance to eliminate stigma and promote healing surrounding issues of mental health. Brenda can also be found playing backstage with Blue Man Group, where for the past 10 years she’s enjoyed the creative team’s community and spirit. Brenda received her BFA in theatre from the University of Indianapolis and studied theatre at the University of Ulster, Northern Ireland.

Brenda has enjoyed the work of The House as a fan since the first production she saw in 2005, Dave DaVinci Saves the Universe, and is overjoyed to have joined paths with this group of artists, collaborators, and friends. 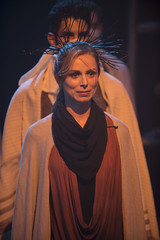 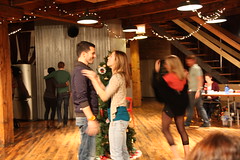 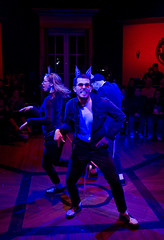 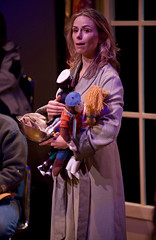