Phillip Klapperich started The House, in 2000, with Nathan Allen and Shawn Pfautsch. He maintains he gave the theatre it's name, but he acknowledges that Nate deserves some credit. Phillip was the Executive Director of the company until 2009, and he remains a Company Member. He has written some of The House's most beloved shows. Here's the full list (Leaving it up to you to decide the most beloved.) First was The Terrible Tragedy of Peter Pan in 2002, This was The House's breakthrough hit. It ran for 5 months, and has since been produced in high schools across the country, including, Massachusettes, Virginia, Arkansas, Michigan, Illinois, Texas, and California. The Rocketman was next, in 2004, adapted from stories by Ray Bradbury. It is the source of the now legendary line "I don't need a Doctor, I need a DJ." The Great and Terrible Wizard of Oz followed in 2005 and was later remounted at Northlight Theatre in Skokie IL. It has also been seen in a handful of high schools. 2007 saw Phillip's near mental breakdown trying to write The Nutcracker, until Jake Minton stepped in and the two co-wrote the show, opening to great acclaim in the Upstairs Theatre at Steppenwolf. It has since been remounted numerous times by The House, as well as theaters in Miami, Minnesota, and Massachusettes. In 2010, Phillip Co-Wrote Wilson Wants it All with the Great and Terrible Michael Rohd (not really, he's super nice).

Phillip has been nominated for three Jeff Awards for his work on The Rocketman, The Nutcraker, and Wilson, winning for Wilson. He's mostly stayed off the stage, save a few songs at benefits, a much maligned curtain speech on the opening night of the first House show ever, and one performance of Boy Detective Fails. Did you see it that night? Good stuff right? Phillip now lives in Denver where he works to turn buildings into robots. He's on mostly silent on twitter @pklapperich. 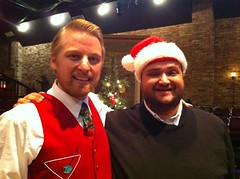 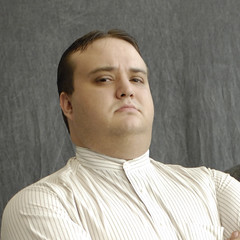 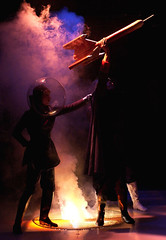 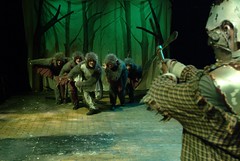 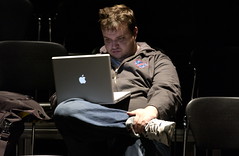 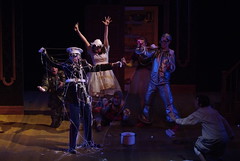 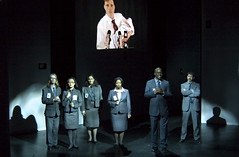