Written and Directed by Nathan Allen
Magic by Dennis Watkins

The magic event of the year!

RUN DATES: Extended through August 21!
PRICE: $59
GROUPS: Save up to 30%!
TIMES: Performances are Wednesdays, Thursdays & Fridays at 7:30, Saturdays & Sundays at 4:00 and 8:00.
RUN TIME: 2 hours and 15 minutes with one 15 minute intermission
Named #3 "Chicago Must-Do with Teens or Tweens" by ChooseChicago!
Read our Parent's Guide to Death & Harry Houdini

After playing sold-out crowds in Chicago and Miami from January through August of 2012 and again in the summer of 2013, we're thrilled to bring back this dynamic, award-winning, magic-filled production.

A ringmaster leads us through the events of Harry’s life, all told through stunning magic, poignant dialogue and original music. We travel from the untimely passing of his father, through his first tent shows with his younger brother Theo, meeting his wife Bess, and beginning a journey towards fame on the Vaudeville circuit. All the while, Harry feels Death close on his heels and he won’t rest until he’s conquered him once and for all. Harry will walk on broken glass, swallow razor blades and risk his life in the Water Torture Cell, but will he pull off an escape from Death? Marvel with us as Houdini battles Death once more.

Bring a Group for a magical night at Death & Harry Houdini!

Take the magic home with you! Enter our raffle to win a private performance from Houdini himself! 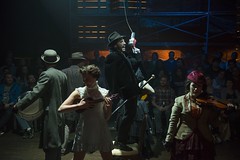 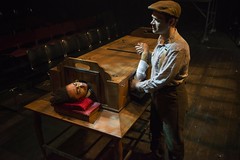 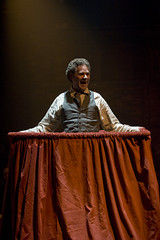 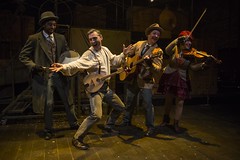 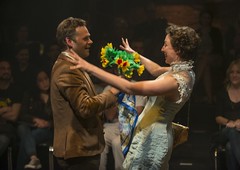 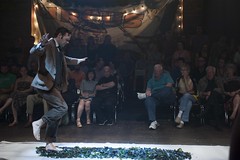 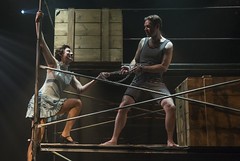 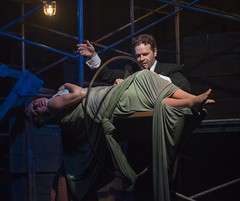 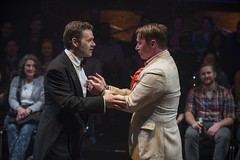 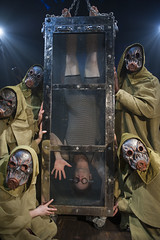 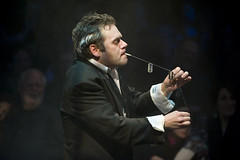 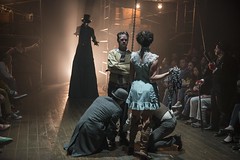 “The folks at the House Theatre of Chicago are celebrating their tenth anniversary by remounting their first show—and IT MAKES FOR A HELLUVA PARTY…Dennis Watkins is simply magnificent as Houdini.”
Kerry Ried, Chicago Reader