BECOME A MEMBER FOR SEASON 18!

--> Get a New Membership or Renew your Membership!

This fantastical expansion of the holiday classic centers on young Clara’s journey to save Christmas in the face of grief. With the help of a magical nutcracker, the brave girl risks the darkness, fights the Rat King, and saves her family. A modern holiday tradition weaving together riveting dialogue, astonishing puppetry, original songs, this spellbinding spectacle tells a heartwarming, darkly moving story of magic and hope—a fun outing fit for the whole family.

1983. Chicago. It’s do-or-die for Verböten—a band made up of outsider teens with seriously complex home lives. As they gear up for a show at The Cubby Bear that is sure to change their lives forever, can they keep their parents from destroying the fabric of their self-made punk rock family?

As Henry attempts to accomplish the impossible, so does Shakespeare in one of his most demanding works of stagecraft. The House adventures back and forth across oceans for justice, intrigue, romance, and the “alarms and excursions” of the battlefield. 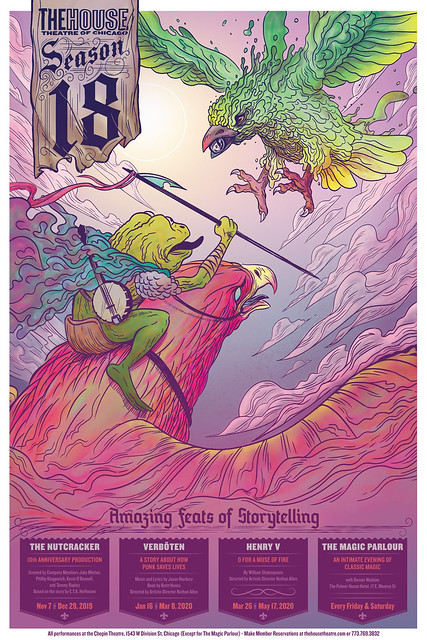