REMOTE VIEWING NOW AVAILABLE -- GET TICKETS THROUGH MAY 4!

Note: The last performance of Verböten was March 8, 2020. Due to mandates issued by the State of Illinois and the City of Chicago regarding COVID-19, all remaining performances were canceled. Stay safe, ya punks.

1983. Chicago. It’s do-or-die for Verböten—a band made up of outsider teens with seriously complex home lives. As they gear up for a show at The Cubby Bear that is sure to change their lives forever, can they keep their parents from destroying the fabric of their self-made punk rock family? With lyrics and music by Verböten’s original guitarist Jason Narducy (Split Single, Superchunk, Bob Mould) and book by Brett Neveu (Odradek, Pilgrim's Progress, Traitor), Verböten is inspired by the true story of Chicago's own young punks. 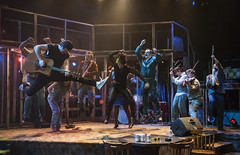 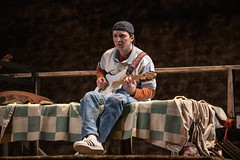 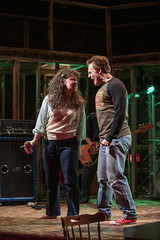 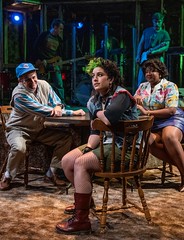 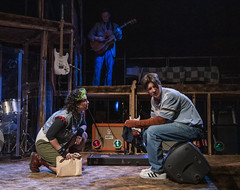 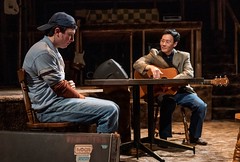 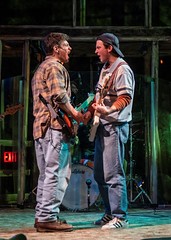 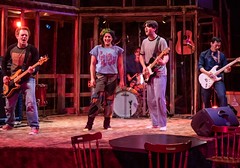 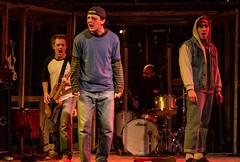 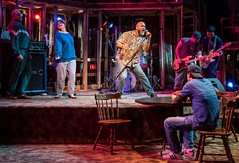 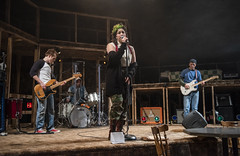 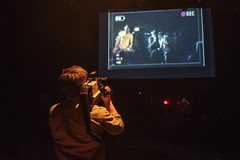 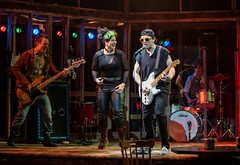 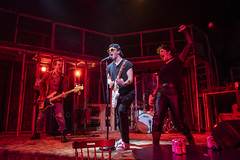 “Narducy’s songs find a nearly perfect balance between the anarchic spirit of early punk and the narrative-moving character work of musical theater.”

“It holds together remarkably well. And it’s touching, a crucial asset for a punk musical.”

“[I]t’s the story of a group of preteens with their individual problems, a need to create their own “family” with each other, and a passion to make music that hits home and makes this another must-see show by the House Theatre.”

“A two-hour whirlwind of nostalgia, and foot-tapping, head-banging music.”

“[The musical numbers] range from full-on punk to musical theater rock-lite, but they’re all emotionally resonant earworms, performed earnestly and ably by this brilliantly crafted ensemble.”

“Nathan Allen’s direction gives the play a lot of heart as it tells the story of outsider teens with parents who just don’t understand.”

“The earnestness of the characters and the energy of the show should satisfy any music lover. You can even wear your leather pants, an old Clash t-shirt and feel right at home.”

"Verböten’s story seemed destined to occupy an obscure corner in Chicago punk lore. But the quartet’s impact loomed larger than anyone could have ever expected."

Verböten, the musical: The story of how punk changed the lives of four Evanston kids and went on to inspire Foo Fighters’ Dave Grohl
– Greg Kot, Chicago Tribune

"The idea for the musical came from playwright and TV writer Brett Neveu, who saw Sonic Highways and realized the guy Grohl was talking about was his neighbor."

"As Neveu developed a story about four kids navigating their messy lives while preparing for their big show at the Cubby Bear, Narducy got involved writing the music, giving Verböten an early-80s punk edge (something that could improve a lot of musicals)."

The Justin Kaufmann Show, The story of musician Jason Narducy’s childhood punk rock band is coming to the Chopin Theatre

A NIGHT OF STORIES AND SONGS WITH VERBÖTEN COMPOSER JASON NARDUCY

The House Theatre of Chicago is proud to announce a special one-night-only concert by Jason Narducy, the composer of their hit rock musical Verböten, on Saturday, March 14 at 8:00pm at the Chopin Theatre, 1543 W Division St. A variation on his popular Living Room Show format, Narducy will play his own compositions and share stories from the defining moments of his career. This intimate performance on the set of Verböten is a unique opportunity to hear these songs directly from the songwriter, stripped down to just an electric guitar and microphone.

Discounted tickets for Sensory-Friendly, Open Caption, and Audio Description are offered to those on our ACCESS listserv. Please join the listserv with this link.